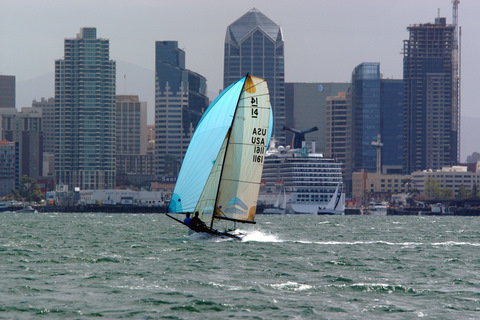 In what year did you start sailing?
1966

Thanks Brad! Looking forward to joining the San Diego fleet. Diary looks clear for the 11-12 April and will keep it that way - let me know if anyone is looking for a crew...

Awesome, thanks! The two of us will see you Saturday at 9.

Hey Brad, thanks for the info! Bummer for this weekend, but looks like I'll make it out the next weekend for some training. Hopefully see you out there!