The SoCal fleet had a solid Season ending/New Season starting party last night... anyone take photos?   I know I was busy making a lot of drinks!!   Anyway...   well attended and good time, thanks for all those who came down!  Awards for the SoCal Fleet Hi-Point Championship were presented and are listed below.   Goodson/Dierks 6th, Jamie Reid 5th, Brad Reutenik 4th, Paul Galvez 3rd, Kris Henderson with a solid showing at NA's, Nationals, & WCC's was 2nd and Evan Sjostedt pulling strings for me ended up taking the season...   Nicely done! 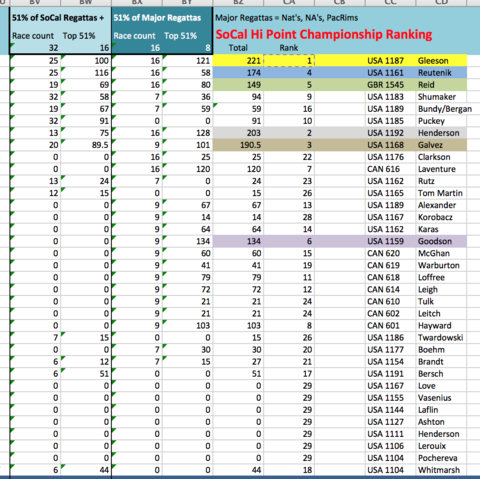