The third weekend in October saw six International 14s from Northern and Southern California converge on the St. Francis Yacht Club in San Francisco for their annual …

It's well known that the German 14 Fleet does a superb job hosting events. In 2008, the on the water race management was top notch and the socials were unbelievable. I cant imagine what they have planned…
Continue

Hi to all. I’ve been refurbishing a 1992 One Design and have run into a snag with the gennaker rigging. I read previous posts, but my boat was fully dissembled and I’m missing a few parts  .  I see from previous posts that the gennaker halyard runs through a floating block at the base of mast and that is attached to the bowsprit pole launching line.  My boat is missing this line.  I have a shock cord coming from the back of the bowsprit and is tied to the transom in the cockpit.  There are… 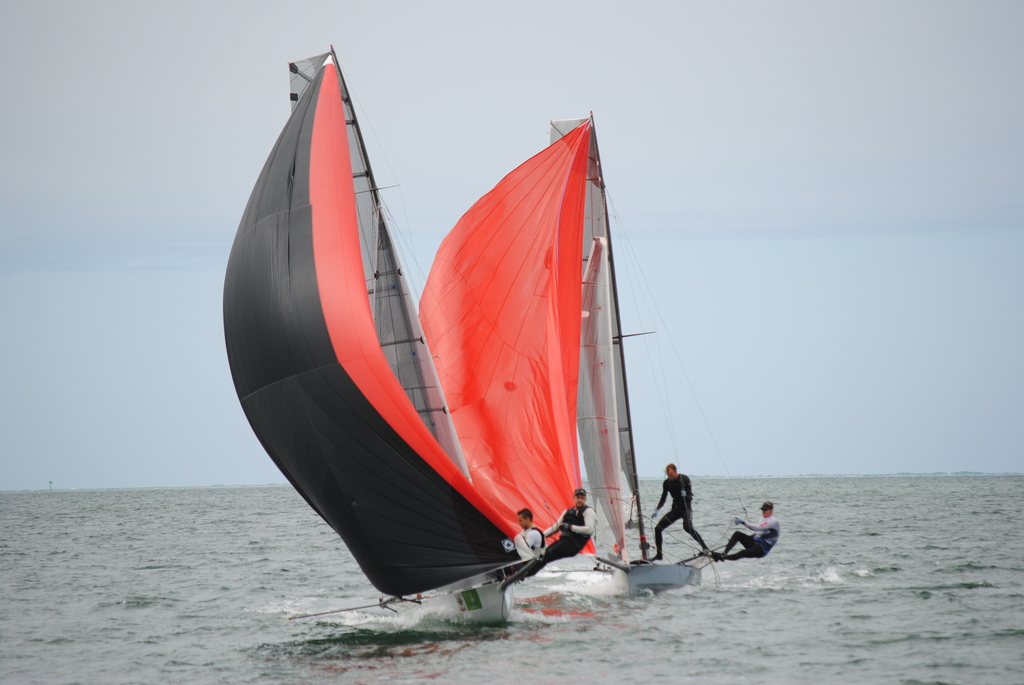 Another year, another Helly Hansen NOOD regatta in San Diego. And, like every year, this year was just as exciting with twists and turns throughout the three-day event March 16 –… 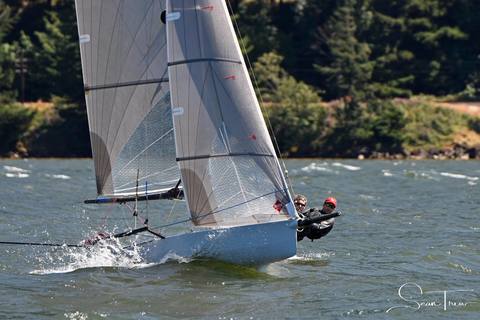 Radziejowski/Sjostedt finished 3rd with outstanding upwind speed but a few too many capsizes; watch out for…

After 2 wks of reflection since the end of the most recent I14 worlds in Carnac France, I wanted to put down some thoughts on this most recent adventure.  As with all the other 10 worlds I have participated in over the last 20 yrs., this was a great learning event.  I always have a great time seeing and traveling to other parts of the world and more important to me, are…